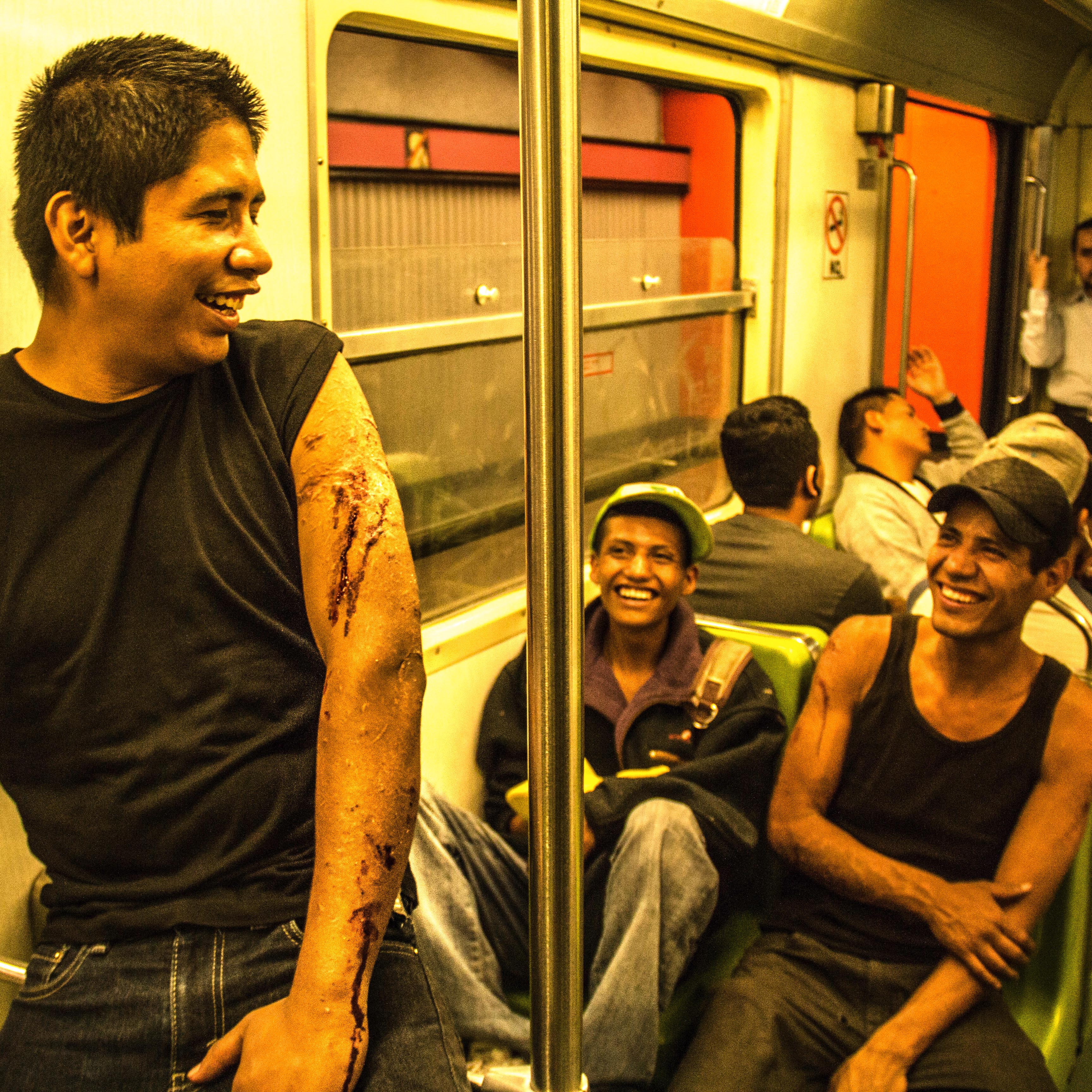 When I was living in México City I met two street boys that were throwing themselves onto broken glasses in the wagons of the metro. I decided to follow them and I started this independent documentary Co-directed with Tommaso Valli. Here the website of the project. 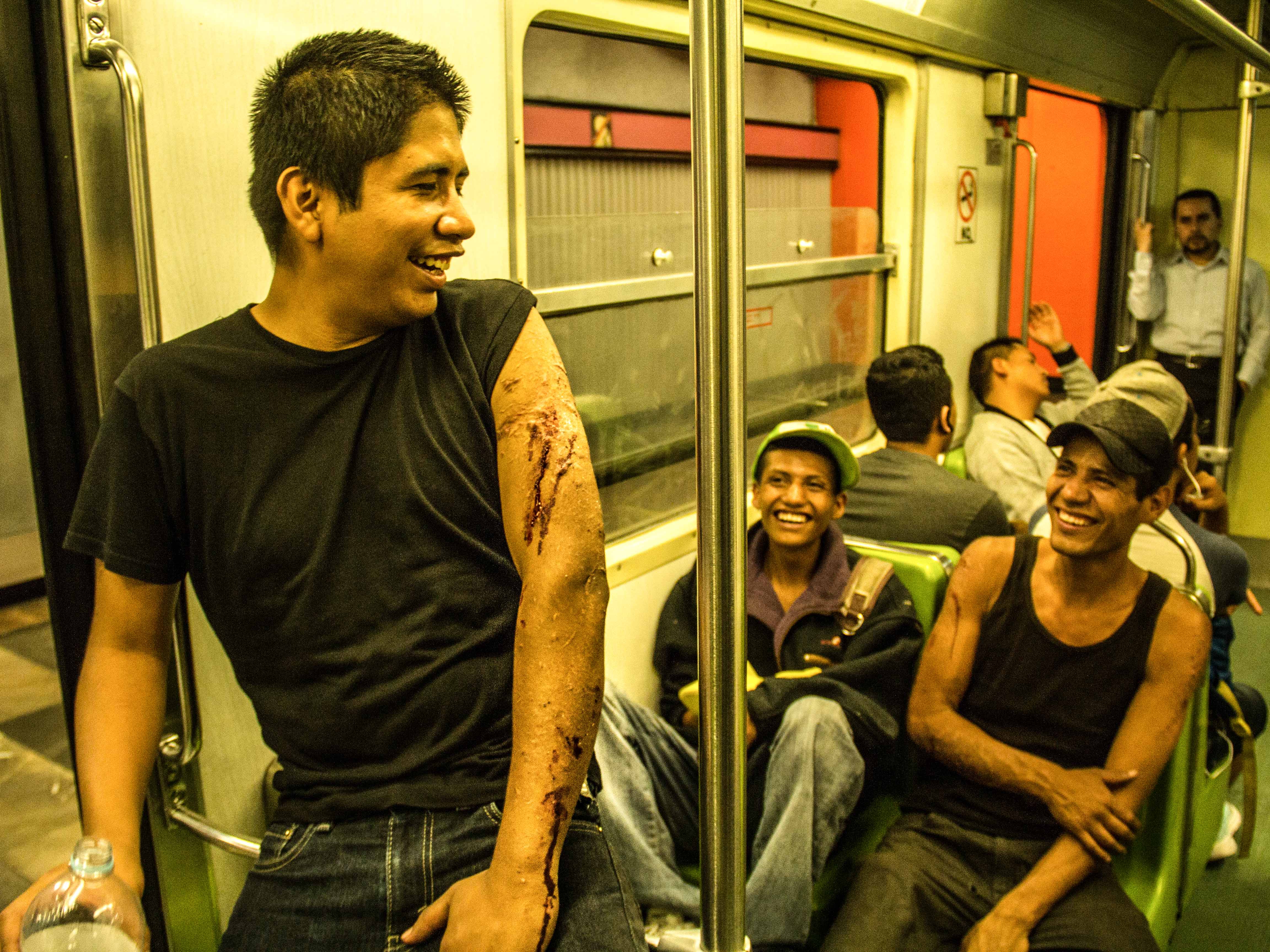 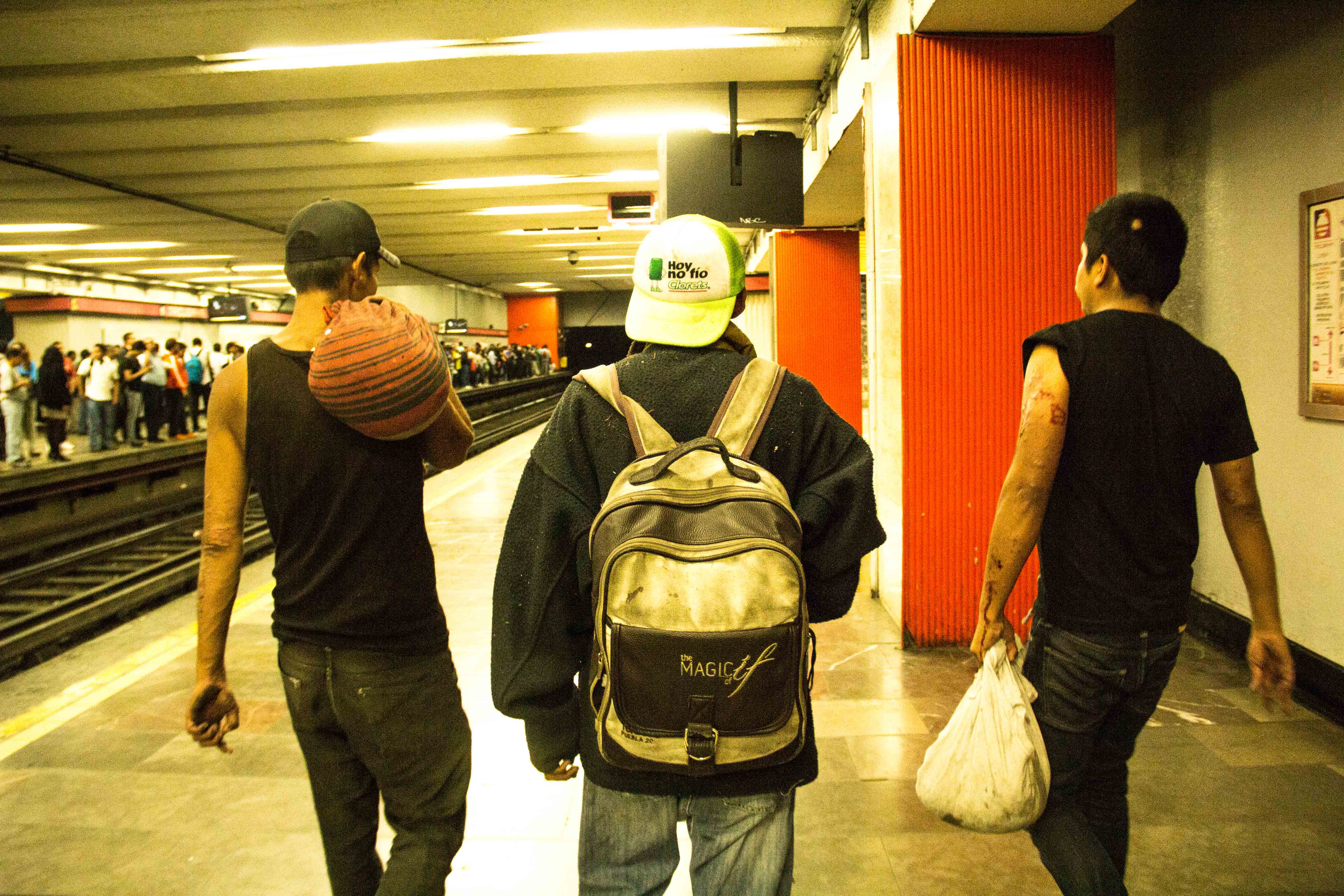 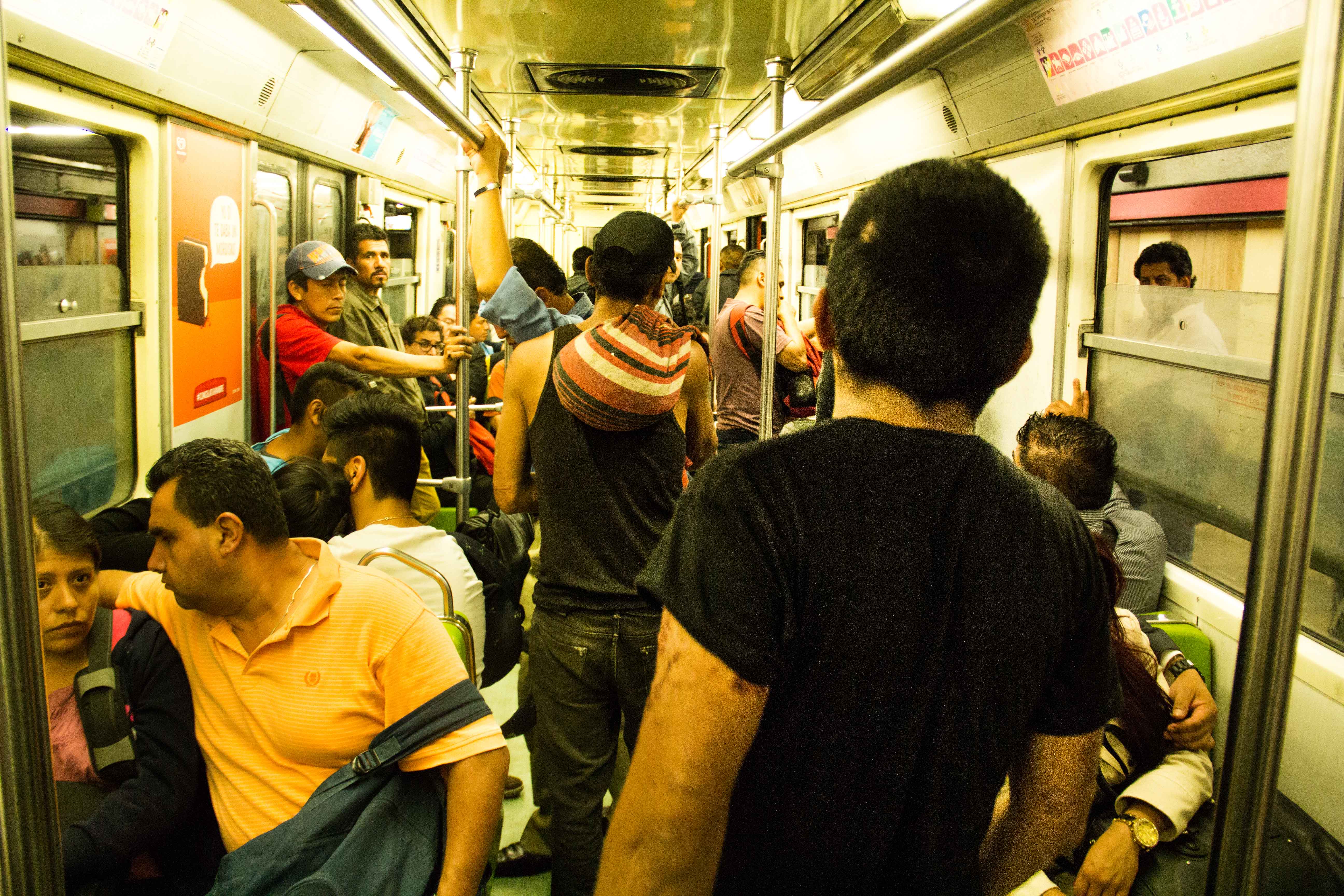 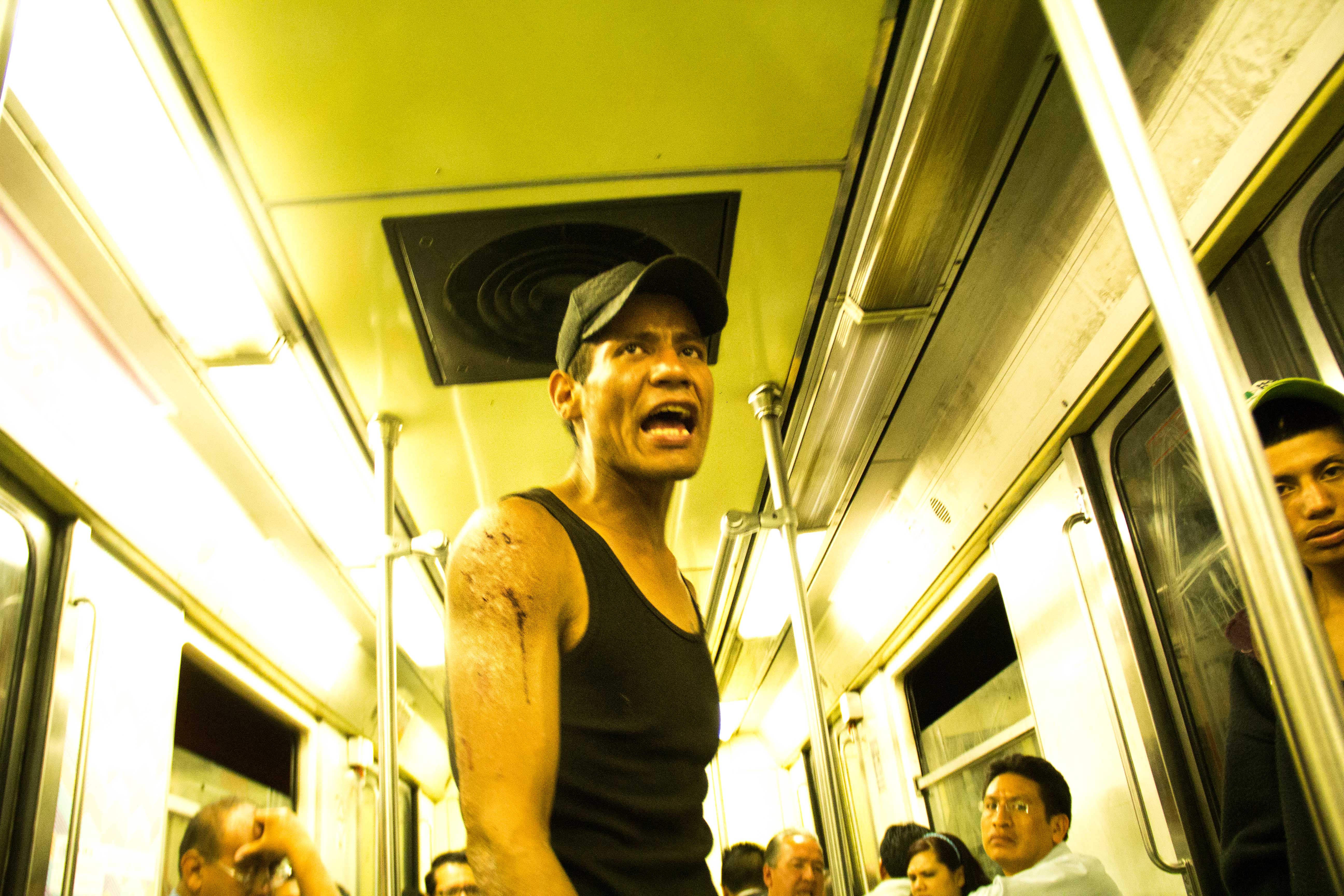 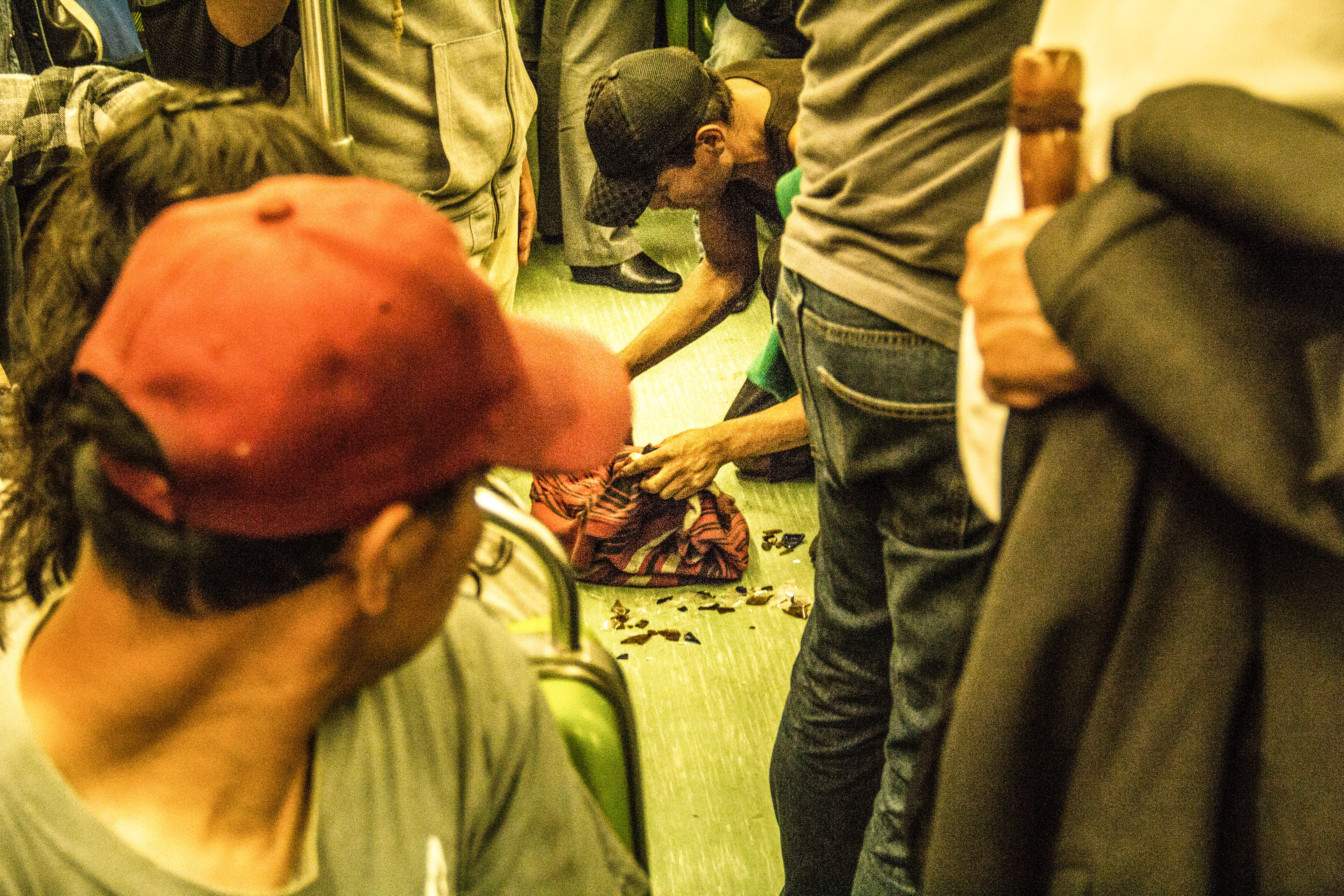 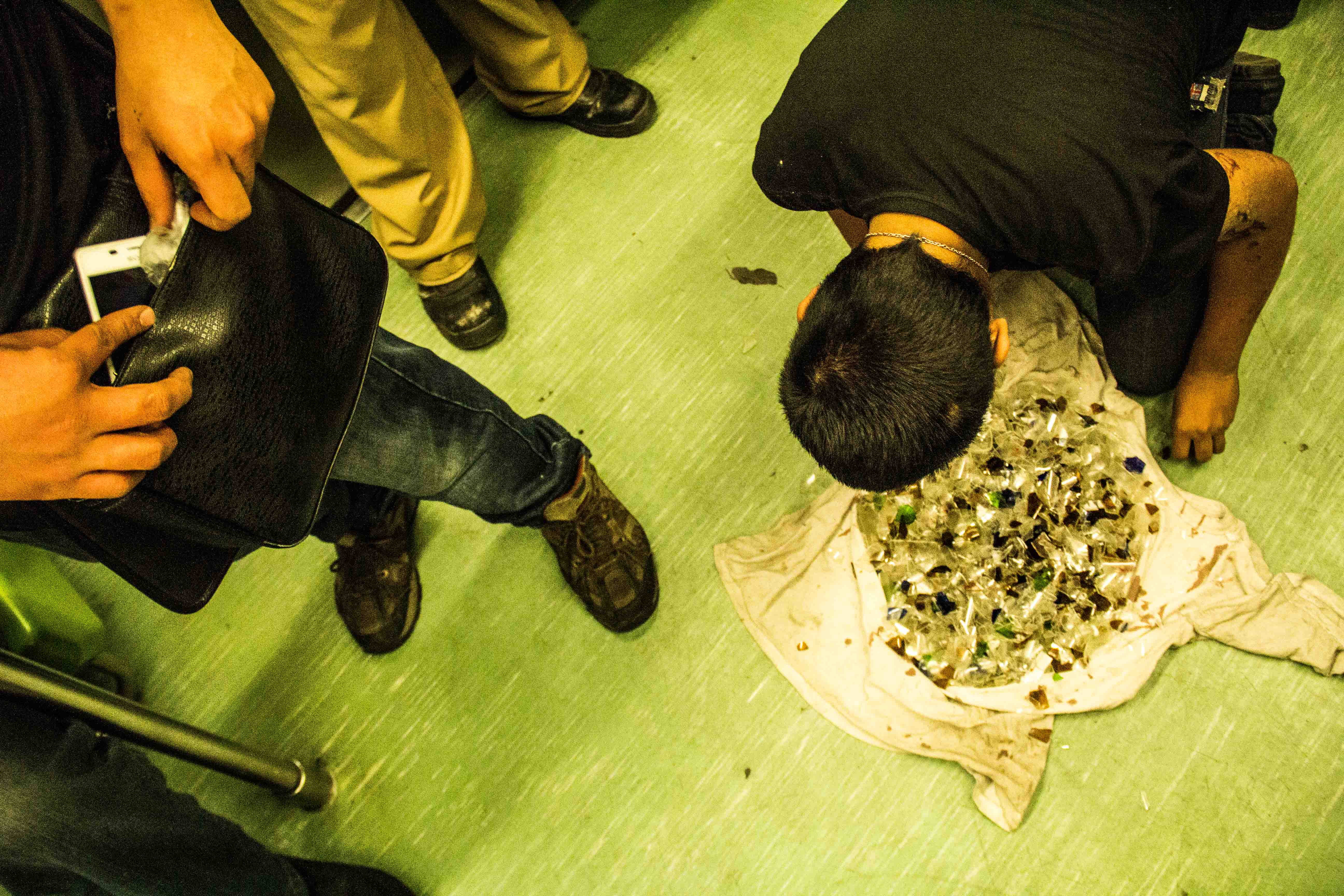 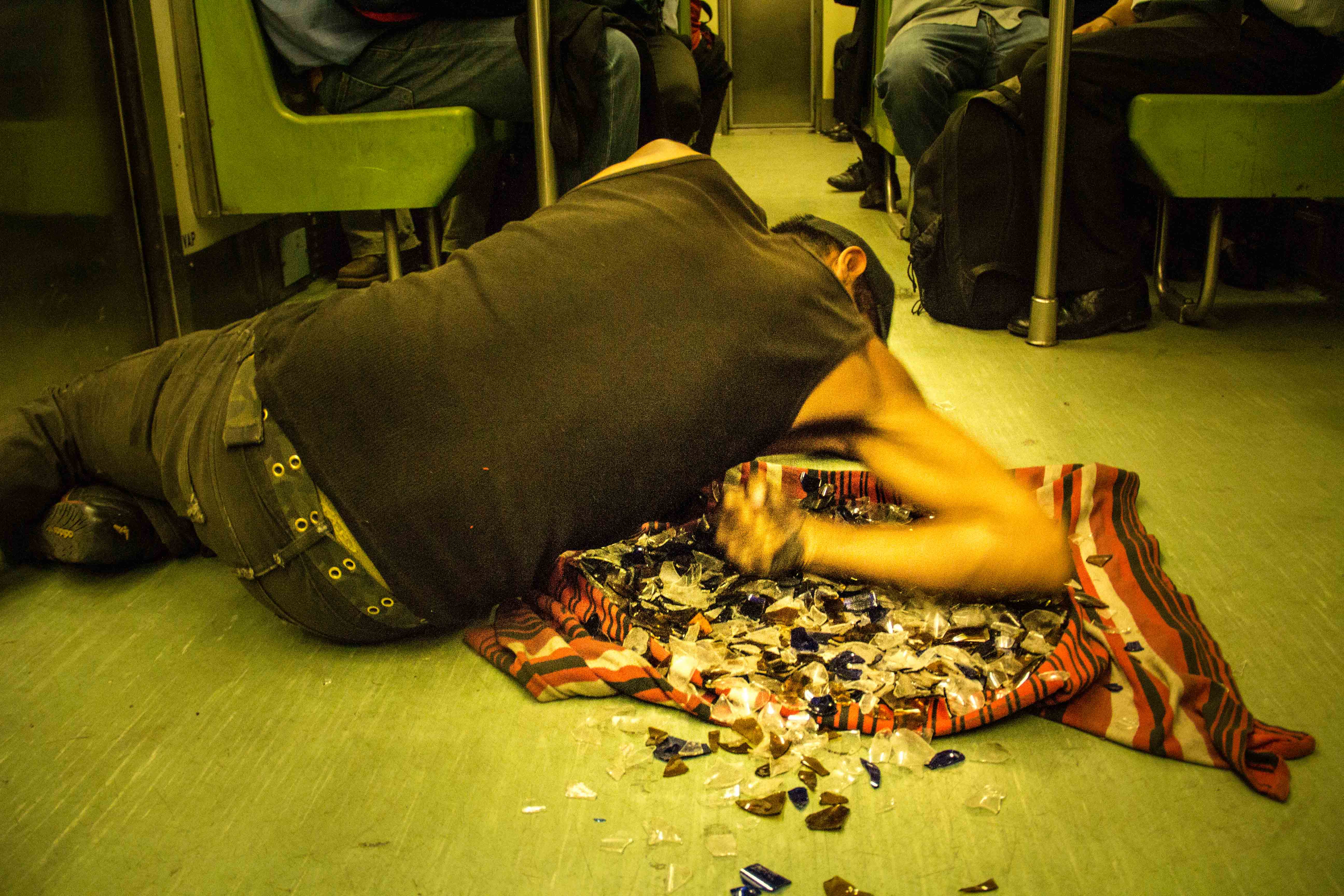 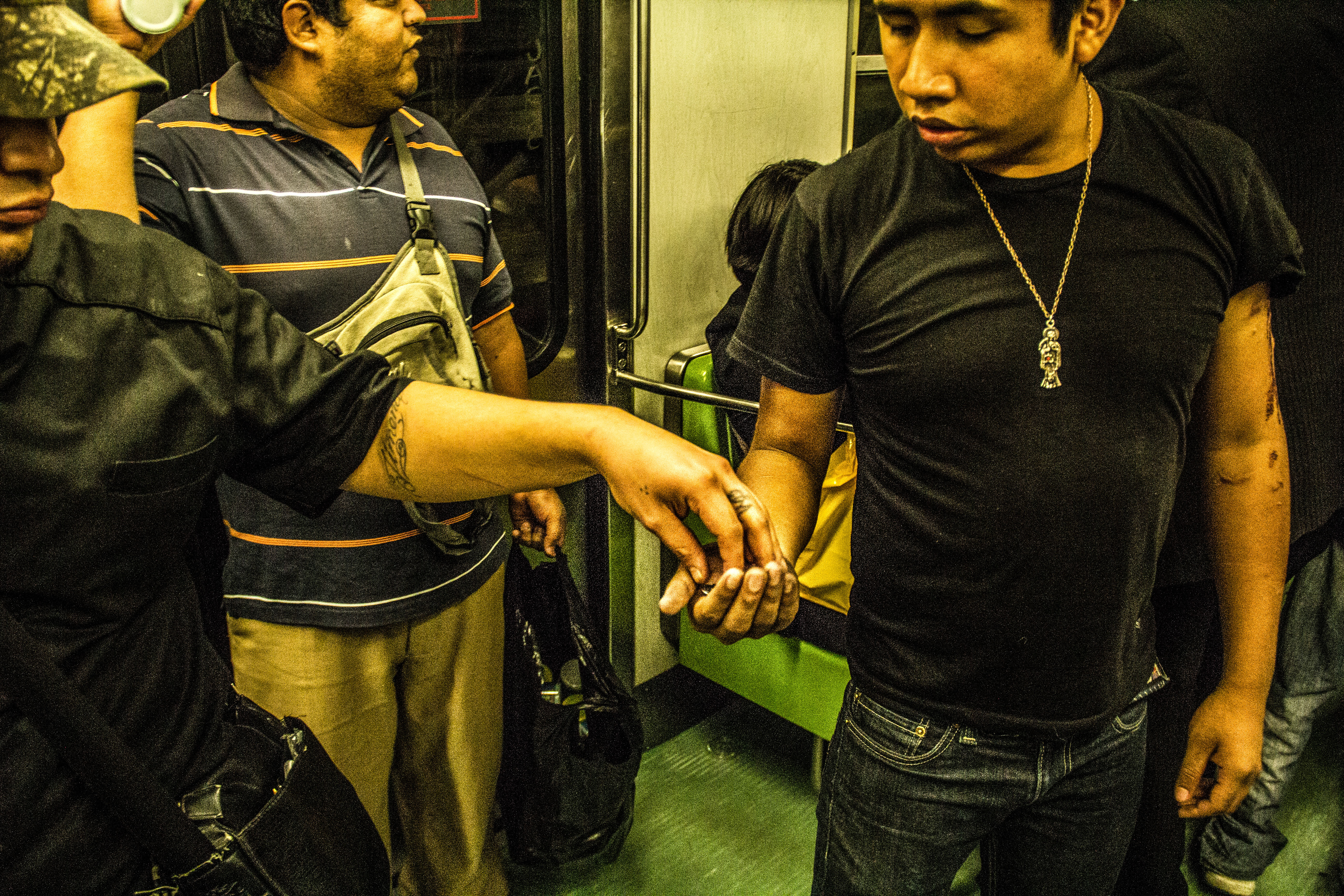 The Metro of Mexico City transport 5,5 millions of people a day and It has been designed for transporting just a half of them.

It’s not just a public transport, for many people it’s a real workplace: an illegal factory with his hierarchies and laws not written.

There are many ways to ask for money in the metro: singing a song, cleaning shoes, telling stories and so on. Maya and Ojos throw themselves onto broken glasses in the middle of the wagons screaming at people their living condition and asking for a help.

​Our two protagonists live with their Banda (a group of other street boys) in the square of Pino Suarez, next to the metro station in the city center. Between them you can find children, pregnant women, and old grandmothers, they live all together like a family sharing food and the popular drug of Mexico City streets called Mona a PVC solvent that they inhale all day long. When there is a lack of money they collect new glasses from the garbage and go back to the metro.

The act of Faquir is something very common to see in Mexico City, every metro line has its banda, they don’t hurt or threaten anybody, they just ask for a change, sometimes they get money, sometimes they don’t, people got used to them. 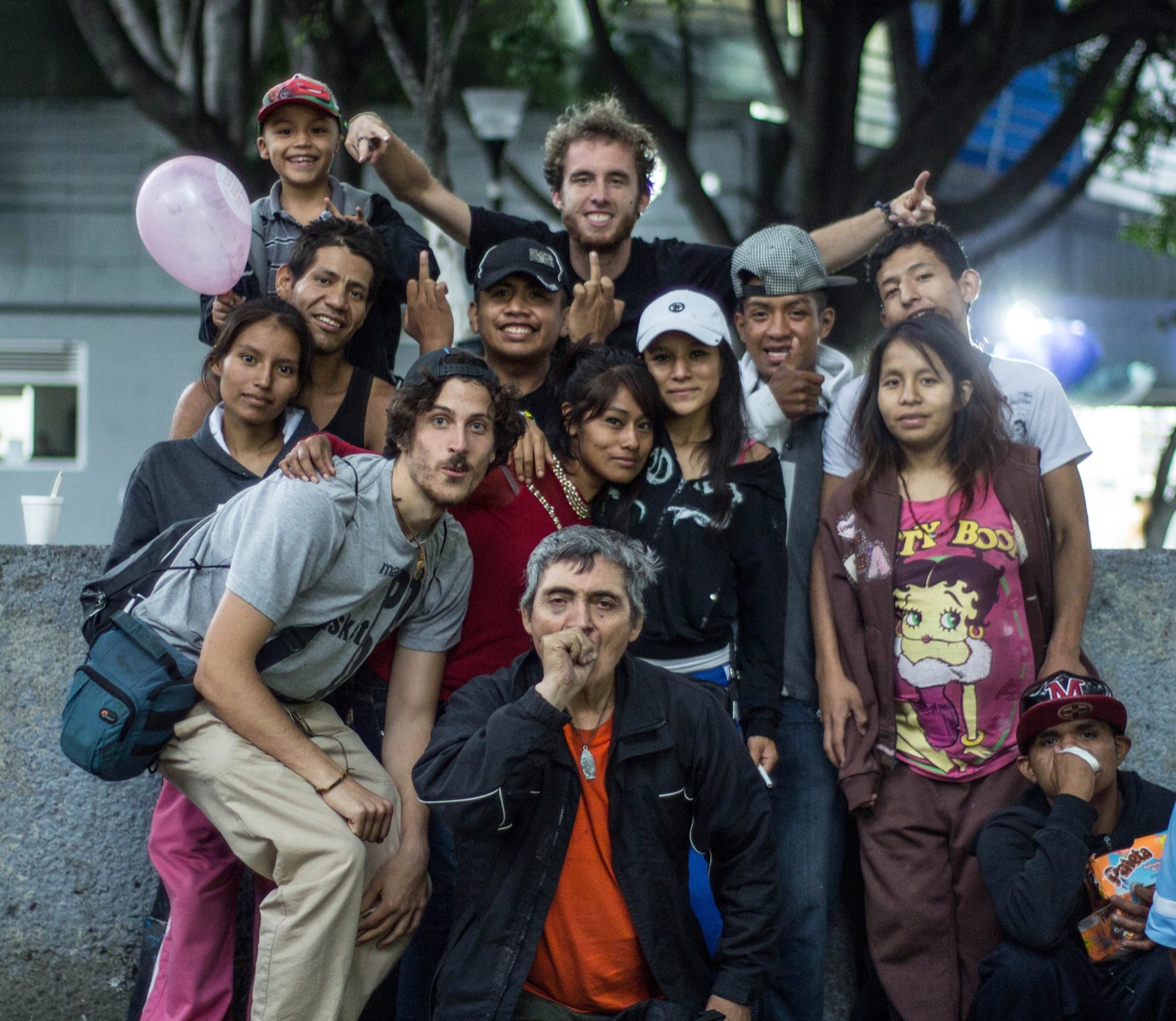 When we started this project, like many other people that see this for the first time, we asked ourself: “Why they choose to do this to earn a living? Isn’t there anything better?” We understood that the answer is not as simple as it seems and needs to be found by immersing ourselves in their daily reality, looking at it from their own perspective.

We decided to produce the documentary Vidas De Vidrio taking this topic from inside, following the daily life of Maya and Ojos. We started from their daily work, we met their banda and family, we listened to the stories of their past and their perspectives about the future. Our aim is to represent these characters simply as they are, behind the prejudice and the indifference generated by the act they do to earn a living.

The core of the project it’s a linear documentary that started in 2016 and it’s still on production. We are actually looking for funds to finish the post production and we are searching a distribution channel. We have also prototyped, with the collaboration of the photographer and psychologist Arturo Velázquez, an interactive version of the documentary, where the user can navigate through the wagons of the metro and square where they live to meet the faquires one by one and deep in their own stories.

​We presented the project at Biennale Democrazia in March 2017 in Torino. 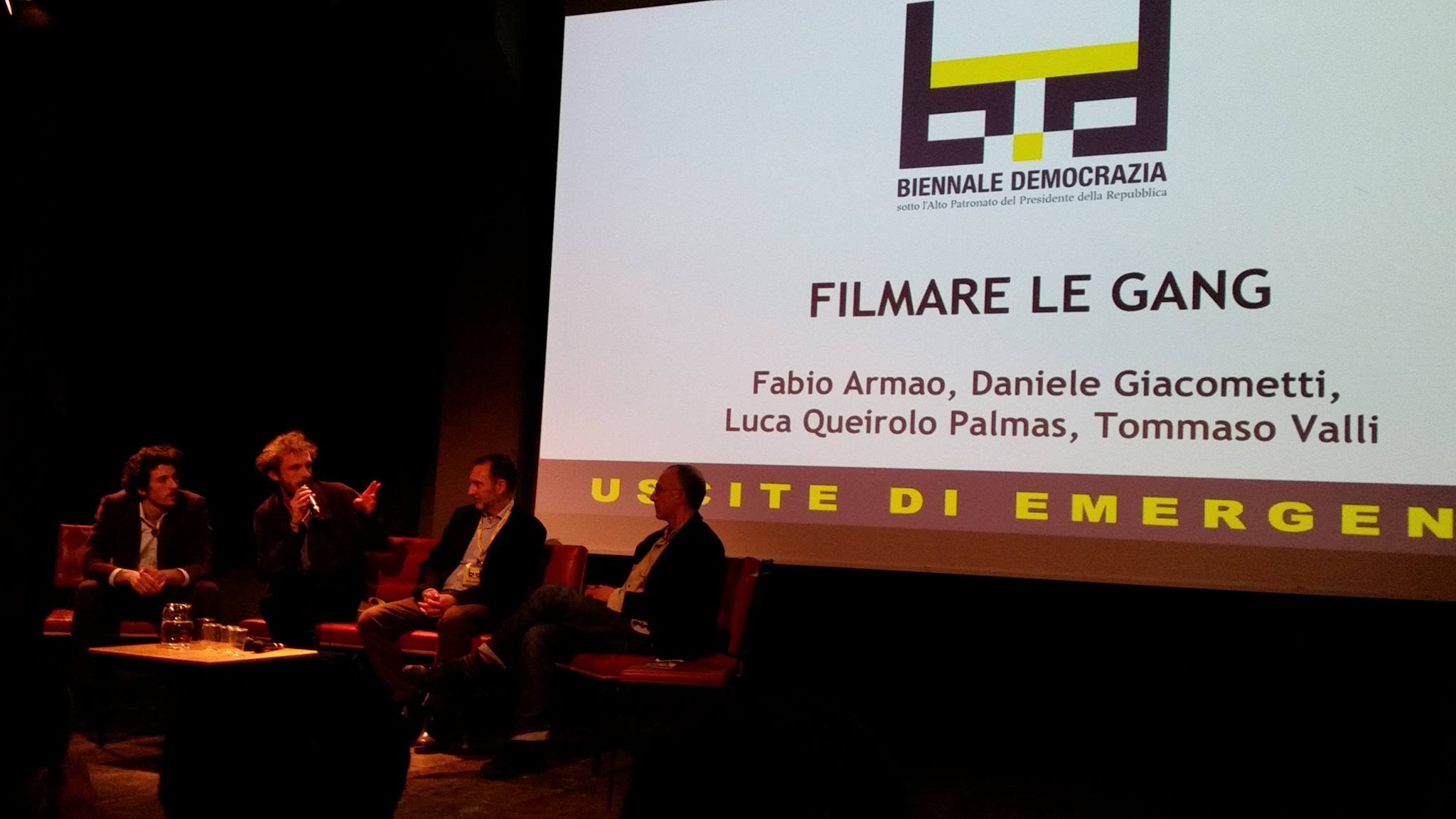